WHICH STATE QUOTA DO I BELONG TO

MY SON IS BORN IN KARNATAKA.
HE STUDIED UNTIL 12TH GRADE IN UAE.
MOTHERS SCHOOLING FROM KARNATAKA, FATHER FROM KERALA.
HIS ADHAR CARD IS FROM KERALA. WHICH MEDICAL QUOTA WILL HE ELIGIBLE FOR

1 Answers
0 Vote Up Vote Down

For Karnataka, under this clause you can get eligibility…Candidate and either of his/her parent’s mother tongue is Kannada/Tulu/Kodava. Also, this parent must be a domicile of Karnataka state. Such candidates should undergo a Kannada Language test conducted by KEA
For Kerala, kerala origin is sufficient.
My suggestion is to apply for both and pick seats from one and leave the other… going forward, lets he gets seat in karnataka, he should claim only karnataka domicile as dual nativity is illegal..

Please login or Register to submit your answer 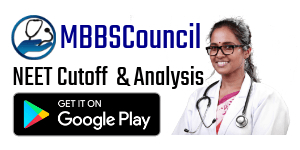 If your NEET score cut off is not enough to study MBBS In Indian Government Colleges/Govt Quota and if you cannot afford management quota tuition fees, you can study MBBS in Philippines with affordable tuition fees of Rs 4 lakhs/year. More than 1000 students choose philippines because of its high quality education. Send GUIDEABROAD Whatsapp request to 7010253788 to get guidance.